Get to Know Jesse Kent 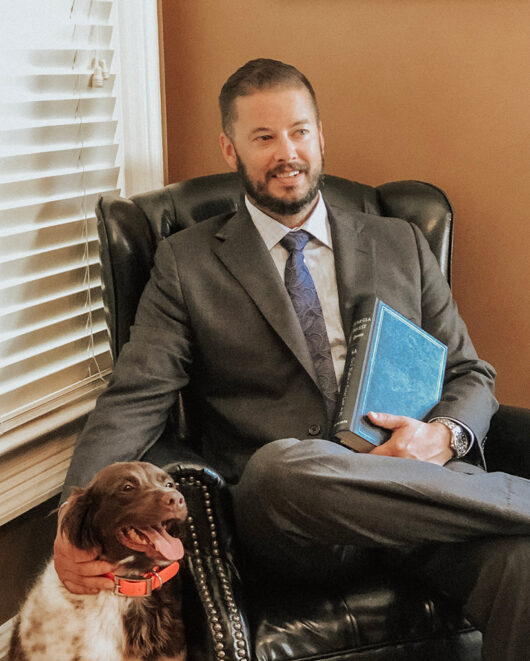 Jesse Kent began in the legal field in 2002 during an unpaid internship with the Baldwin County District Attorney’s office in Milledgeville, Georgia. But Jesse didn’t begin college with a desire to practice law. In fact, his days were spent mostly practicing baseball.

Jesse’s collegiate track began with a scholarship to play baseball for a small school in northern Georgia. Having always loved the sport, and having spent practically every waking hour practicing, playing or thinking about baseball, Jesse only wanted one thing out of college – all the glory baseball could bring him.

Jesse’s first year of college was incredible. He traveled farther and played better teams than he was accustomed to facing. But he was unimpressed with the first school and soon transferred to Georgia College and State University, where he had spent many summers attending various clinics, walking the college campus, and watching fast passed D-2 baseball games that included some of the best players to ever move on to the minors and even the major league.

But something was still missing. Jesse knew that he’d be very unlikely to ever play in the majors as a serious contender, regardless of his passion for the game. A chance encounter then changed his trajectory for good.

A college friend passed along a story of a guy out with his family at a lake-side bar and grill. The guy had been followed out of the restaurant and to protect his family, he stayed on the front steps while his wife got their children to the car. The assailant became agitated and aggressive towards the guy. In apparent defense, the guy swung, knocking the assailant out cold. The story ended there, at least as it did as it was first told.

By chance, another friend from Jesse’s junior-year statistics class was interning with the Baldwin District Attorney. She told Jesse of the work she was doing on a case prosecuting a guy who had knocked an alleged assailant out cold when leaving a bar. It was the same story, but now it had become a criminal prosecution.

Jesse has a habit for taking matters into his own hands. He enjoys investigating and is never scared to go right to the source. Having heard the story from his friend in the District Attorney’s office, Jesse went right to the Baldwin DA’s office to speak with him. If the case occurred as he’d heard it, there’d be no reason for prosecution. Jesse simply had to know more.

To his credit, the District Attorney welcomed Jesse into his office, undoubtedly because of a good word his friend had put in for him. The DA explained that he couldn’t divulge much if Jesse wasn’t working for him, but that many of the facts would come out at trial. The DA recommended that Jesse simply show back up in a few months, watch the trial, and decide the case for himself.

Jesse had a better idea. Without hesitation, Jesse asked to work for the District Attorney on this case as an unpaid intern. He could start right away. The DA was perplexed. But, after a few minutes, a non-disclosure agreement was presented, signed, and Jesse became an intern with the Baldwin County District Attorney’s office.

The guy had been charged with murder. As Jesse soon concluded, most of what he had heard outside of court, online and in the local papers simply wasn’t true, regardless of how heavily the media pushed their version of the events. This was upsetting.

As it turns out, the guy was already upset that the alleged assailant had said a few things to the guy’s wife that upset him. In fact, he had taunted the assailant more than once, and a few witnesses even testified to this. Still, while in the bar and grill, neither did anything to one another. But upon leaving, the guy felt like he was being followed. So, he turned, swung, and knocked the guy out. Sadly, however, and unknown to the guy, the assailant had suffered all his life with brain-related medical issues that made him very susceptible to falls and blows to the head. The guy’s single punch killed the assailant. The autopsy showed that the assailant was dead before he hit the ground.

“I remember thinking that [the guy] could be anyone, even me. And I wouldn’t want to be prosecuted for standing up for my family. I wouldn’t want to be prosecuted for what he had done.” Nevertheless, the prosecution went forward. At trial there was little if any evidence presented by the defense. Instead, the defense stuck to the old method of forcing the prosecutor to prove guilt. But there was so much more to the story. More that Jesse knew from investigating and combing through the file. But, as Jesse experienced firsthand, “we had put everything together to prove guilt; there was nothing to it: he hit a guy, that guy died, end of story. That’s when I realized the defense didn’t have a clue what they were doing, and his client was paying the price for his own attorney’s incompetence and/or inexperience.”

The defense offered nothing – not a witness, not a video, not even a document. The jury deliberated. Merely twenty minutes later, a guilty verdict was returned. The defendant was sentenced to serve 10 years in prison!

Jesse was bewildered. The case seemed one of self-defense. Had the prosecution gone too far? Did the defense lawyer abandon his client? Why had the media so overtly sensationalized this case? Why didn’t they have the facts straight?

That school year ended, and Jesse hung up his cleats. He gave up his athletic scholarship and turned his attention to a legal career. Eventually, the internship ended. So too, did college. By then, however, law had captivated Jesse. He found work after college for a reputable—110 years old—firm in Macon, Georgia. He traveled the state researching real estate titles for multi-million-dollar timber contracts and found satisfaction uncovering pivotal details that could make or break a deal.

On one occasion, Jesse telephoned the Senior Partner at the firm from Liberty County, Georgia at 3:30 in the morning to explain that he had uncovered a decades-old mineral lease on the timber tract at issue that had never been cancelled or revoked. He implored the attorney to call off the deal – which was set to close later that same morning – saying that technically all the rights set to be vested in the firm’s client would actually be lost to the leaseholder if the deal went through, possibly costing the firm millions. The deal was called off. To Jesse’s surprise, the deal was never renewed, either, because the firm’s partners later uncovered that the purchaser and the seller were conspiring together to commit fraud!

Today, Jesse continues to draw on these experiences. “Critical details make or break a case. Be prepared. Know what you’re doing. Know when to speak up. Know when to pound the table. Know when to be quiet. But know. Never assume anything,” he says.

For over a decade, Jesse has fought for clients all over the state of Georgia. He has even appeared in cases in Alabama, Tennessee, California, and Florida as associate counsel. His prior experiences are never far from his mind, though.

Noteworthy cases include the following samples:

Jesse says, “I take great pride in standing up for people, for saying ‘those aren’t the facts,’ or ‘that isn’t true’, and for being willing to fight when needed. I know people who don’t do that. I know lawyers who just take offers and convince clients to take the offers. I think that’s a disservice. Insurance companies and their lawyers bully victims. I’ve grown to hate that over the years. It just doesn’t sit well with me. I wish I could try every case even if for no other reason than to just stand up for my clients when no one else will.”

In his spare time, Jesse enjoys traveling with his wife. He is an avid outdoorsman and trains upland bird dogs, particularly Brittany Spaniels and German Shorthair Pointers. He is a skilled cook and spent several college years in gourmet kitchens as a server watching chefs turn out world class cuisine. These days, he is happiest spending long hours smoking a pork shoulder outside or sitting in a camp chair watching a sunset melt into the horizon in a national park. He often volunteers for local high school mock trials and takes pleasure serving as a judge in those events, admiring highly skilled teenagers from all walks of life, faiths, and nationalities as they try simulated cases better than most seasoned lawyers. Jesse is a native of the State of Georgia and is proud to point out that all of his education has come in the same great state where he was born and raised.